An unashamed bit of self-promotion 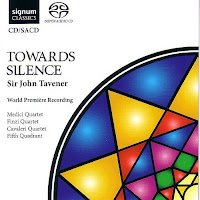 My businesses in Gloucester are up for sale, so if you fancy purchasing a couple of great little property/retail investments, let me know.  I feel justified in mentioning this as it will mean that I can lend more of my time to music with, hopefully, some benefit to the orchestra. The orchestra has been alternately a source of frustration (lack of time) and inspiration over the years and I'm truly grateful for the companionship and music that I've been a part of.  Long may it continue.

I'll be devoting myself full time to music from the end of January and will be able to do what I've been struggling to do, but enjoying, for years. I've been putting time into writing music and writing about music, to the extent that I know this, for me, is worth pursuing. You can imagine that writing is time consuming and needs unbroken attention. I'll be able to give it this at last. I'll also be able to increase my teaching, and in addition have been working with an excellent early Baroque trio in preparation for playing at various functions next year.

As a preliminary, I'm about to convert a part of my house into a music studio where I'll be able to keep computer equipment and other paraphernalia permanently plugged in and where I'll have an insulated practice and teaching space, which I intend to use for both private pupils and coaching small string ensembles.
While planning this musical journey, despite my, how shall I describe it, mature years, I noticed that one has just ended. Ruggiero Ricci has died, bringing to an end at the age of 94 the career of a virtuoso violinist of the old school, notable not only for his brilliance, but for complaining about the anonymity of modern players who all sound the same, the result of an endless pursuit of characterless perfection. To most musicians any virtuoso can be a source of frustration (how is it possible to play like that?) and inspiration. The music aside, it is mind boggling how the human brain can learn and subsequently perform about 60, yes 60, concertos, which is Ricci's achievement.
I'm sure that most other musicians will have felt anguish on hearing the apparently impossible from a maestro and comparing it with their own feeble attempts, but then will perhaps achieve the hard-won realisation that musical development and pleasure from music is not about quantity, inhuman dexterity or perfection, it is about quality and this can be extracted from the simplest piece. To play a simple piece well is not an easy thing to do though, which is why I say "hard won." To play well does not, paradoxically, depend on being a virtuoso, it depends only on the desire to learn and experience joy in music.
Music is full of lovely paradoxes and here's another. I've been listening recently to a piece by John Tavener called "Towards Silence". It is, unusually, scored for four string quartets, and its aim is for the music to point towards the magic that is to be found in silence, in nothing. The stars and planets are defined by and exist in a void and their surrounding empty space is the musical equivalent of silence.  "Towards Silence" is a great piece of music and although the idea it expresses is not new, expressing silence through music is, you might say, cutting edge stuff. I like this and I think it's one of the reasons that I respond so positively to Baroque music whose atmosphere and intention points beyond itself to even greater things.
Falling from the heavens right back down to earth, one other event worth recording here was the orchestra's participation at Newent's Onion Fayre. The quartet and others that played on our stall were valiant! You know who you are.  Conditions for classical music were appalling and yet it was truly enjoyable and so worth the effort.
Posted by Bill Anderton at 19:28